Ceck out the amazing release by POLLYFREE called “Quarantine” 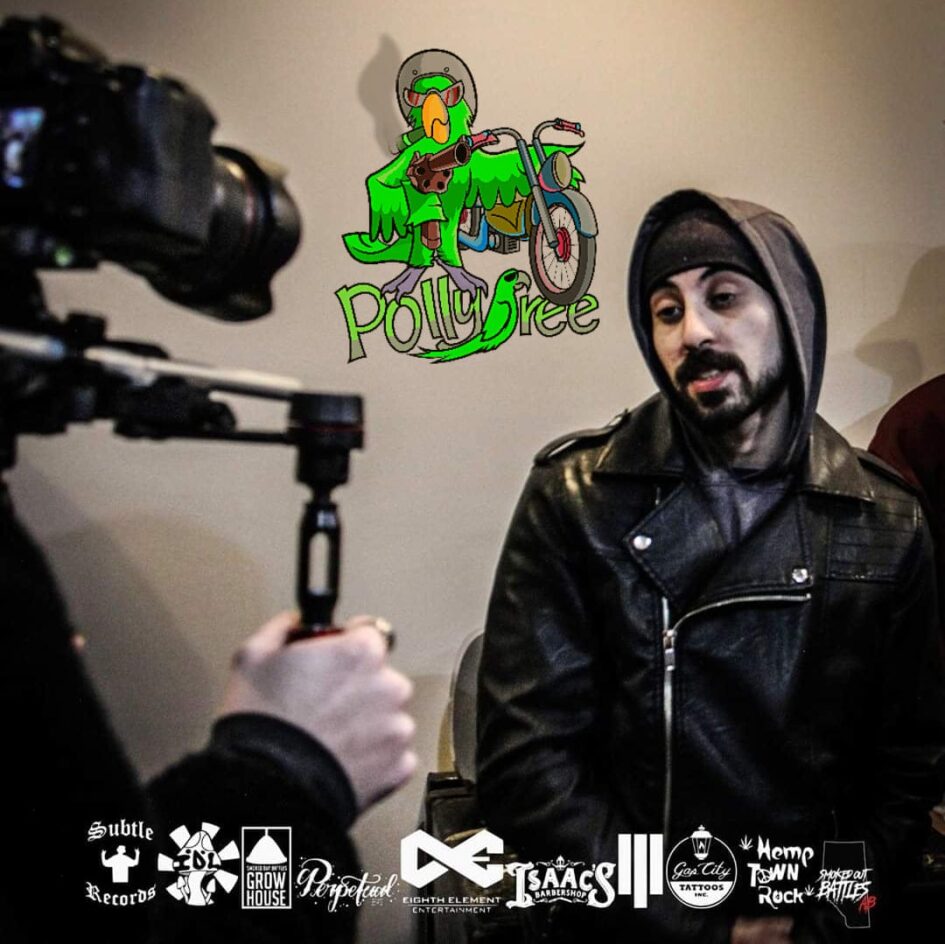 POLLYFREE  (Born Zachary Polly, March 4, 1994) is an independent hip-hop/rap/r&b artist from the east side of Edmonton, AB, Canada. He has taken influence from his mother and biological fathers’ separate talent pools to create a special persona for while on stage or in the booth. Born to Carolan Fuhr a professional dancer/mosaic artist, and also Michael Polly a struggling musician and the lead singer of Canadian 80s/90s rock band Sentinel.
At 8 years old Pollyfree (Zachary Polly) was listening, reviewing, and memorizing all of Eminem’s album Curtain Call by looking at the inside lyrics sheets and playing lose yourself on repeat for hours at a time.  It was in the stars that music would be a path he would walk, and that’s why you’ll always see him reaching for the sky no matter what task is at hand or obstacles are in the distance. Recently he has joined up with the likes of Smoked Out Battles and has a 0-2 win/loss record In the league but 2-2 periods in recorded battle rap events. Expect a lot more music, videos, and battles coming out in the next couple of years.