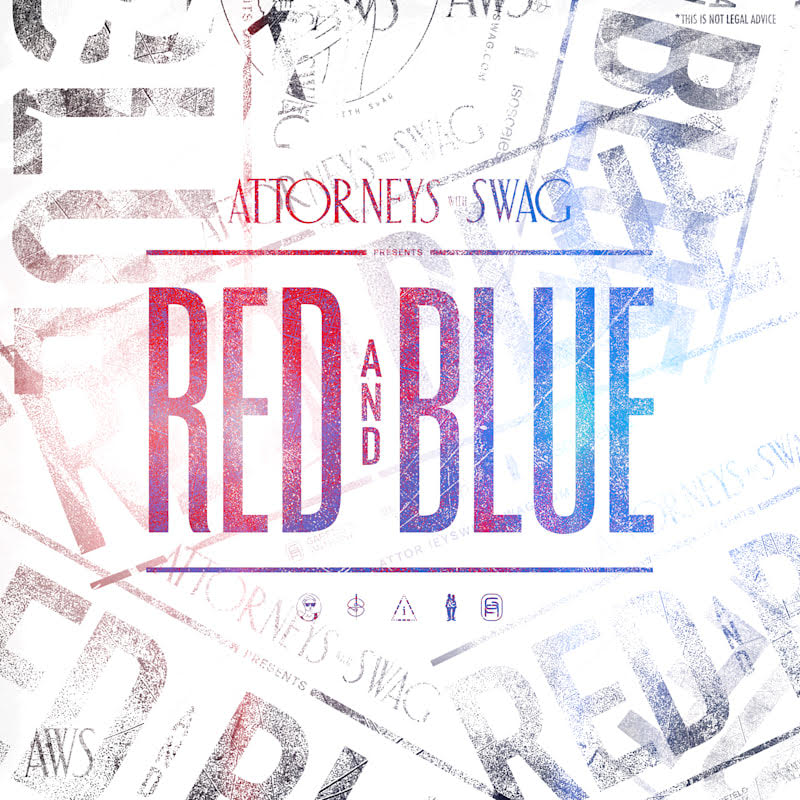 Founded in 2019, Attorneys with Swag is a group of young passionate minority attorneys and educators with one mission: empower the masses with an understanding of the law.

Between them, Attorneys with Swag has decades of experience in various fields including legal, education, design, marketing, advertising, and entertainment. With a particular focus on communities of color, Attorneys with Swag is able to efficiently teach people the laws that affect their everyday lives through live discussion, writing, and music. They all understand the need to stay connected with the communities that raised them and teach them the knowledge and expertise they learned in a practical real-world way through an artform that their communities understand most – Hip-Hop.

On April 2, 2021, the group released their first debut single “DEDUCT IT.” The song is based on Episode Two of Attorneys with Swag titled “Business Deductions” (discussed below) where the group discusses how to create and maintain your own small business. “DEDUCT IT” brilliantly teaches young aspiring business owners what type of expenses can be deducted during tax time to keep more money in their pocket, protect them from liability and maintain a successful business.
This song was the first glimpse into the general feel of Attorneys with Swag music which has an old school hip-hop vibe similar to Public Enemy or the Wu-Tang Clan but also with a new school feel.

In their upcoming album “PRIMIS,” the group tackles the same issues addressed by these infamous rap groups, but with a more knowledgeable and modern step-by-step approach to dealing with the law of today. In other words, Attorneys with Swag are not really saying “f*ck the police” like back in the day, but rather, sue the police.

In addition to their musical composition and in accordance with their mission, Attorneys with Swag produces their own web series show titled “Attorneys with Swag.” The music and the show both go hand in hand in delivering their message because each show produced by Attorneys with Swag also features a song based on the discussion of the show. This effectively allows listeners to learn from the discussions that take place on the show and then commit the lessons learned to memory by listening to their musical content. This approach is truly groundbreaking.

The show features lawyers and other characters of the legal field who discuss real-life everyday problems that people of color experience in their communities. Using their unique points of view, talents and personalities, the group is able to combine the experience of living in these communities with our professional legal backgrounds and filter these discussions in a way that people can apply these conversations to their everyday life, thereby avoiding potential legal problems.

The first episode (also known as their pilot episode) debuted on August 21, 2019 and was the group’s way of introducing themselves to the world. The episode featured hosts Eugene Toussaint and Everett K. Hopkins and special guests Kevin Michels and Jubril Oladirin, who are public defenders. The conversation involves each of their journeys through college and law school prior to becoming established attorneys. They also discuss why they chose to work in their current area of law, the struggles and challenges they had to overcome, and what young minority people should know and learn to become attorneys and achieve their goals in life.

The second episode titled “Business Deductions” aired on February 28, 2019 and featured hosts Eugene Toussaint and Everett K. Hopkins with special guests “Mr. Biggs” of the Soul Sonic Force and Peter Alizio, Esq. of Alizio Law, PLLC. The conversations focused on the difficulties of starting one’s own business and its’ benefits when it comes to filing taxes as a business such as tax deductions and protections from potential lawsuits. This show was such a crucial development and shows the versatility of Attorneys with Swag to tackle subjects outside of criminal law as it teaches the audience how to generally maximize your income by not just making money, but keeping your money during tax season and limiting your liability at the same time.

On March 29, 2020, episode three “Trials, Instruction and Procedure” was released featuring hosts Eugene Toussaint and Everett K. Hopkins with special guests Jubril Oladiran and Felipe Garcia, both attorneys specializing in criminal law. The attorneys get into the nitty-gritty about the procedure of the criminal justice system including an in-depth discussion about the different phases of a criminal trial from the very beginning to the very end. Additionally, they discuss the realities, challenges, and risks when going to trial rather than taking a plea in relation to one’s guilt or innocence.

Episode four (but arguable episode three) was quite unique and once again showed the versatility of Attorneys with Swag. Titled “All Black Everything,” the show was filmed in front of a live studio audience during a bottomless brunch on February 9, 2020. The episode was released at the end of black history month and featured an all black-attorney cast including the host Everett K. Hopkins and special guests Jubril Oladirin, Yanique Williams, and Everett Hopkins, Sr. of Hopkins Law Group, LLC. The group talks about their all-too-common experiences and issues that black law students and young black practicing attorneys face in the classroom and the courtroom. To no surprise, the experiences of each attorney are not that different despite the change in the times and the age gap. The conversation had several ups and downs but was absolutely necessary to promote black empowerment in America and to understand what it’s like to be a black lawyer in a practice consistently dominated by white men.

Of course, around March of 2020, the COVID-19 pandemic delayed all production of the show due to government mandates suspending all non-essential gatherings. Not to be deterred from their mission, Attorneys with Swag developed a podcast titled “The Jury’s Out” to continue empowering the masses with an understanding of the law. Hosted by Eugene Toussaint, Everett K. Hopkins and Jack Gomez aka “Splaticus,” the group discussed a variety of topics both educational and non-educational, but always entertaining. Each episode always started with the most crucial information which was constantly changing laws due to the hundreds of executive orders passed by lawmakers in an effort to control the virus outbreak. Afterwards, the group discussed breaking news and hot topics and whatever else came to their minds during the episode. With a similar feel to “Desus and Muro,” each episode has certain topics on the agenda to discuss, but eventually, the group’s personality caused every discussion to go off-topic in a hilariously entertaining fashion. “The Jury’s Out” podcast again showed just how versatile “Attorneys with Swag” can be. Season Two of The Jury’s Out is scheduled to resume in May of 2021.

As young men of color who grew up in New York City, Attorneys with Swag saw the injustices and unequal treatment within their communities first hands such as over-policing, excessive government regulation, and misinformation. Whether it was seeing family members in and out of jail for consistent drug arrests or seeing friends lose entire businesses and livelihoods due to tax issues with the IRS, the group has personally experienced what happens to people in similar neighborhoods who don’t know the law and don’t know their rights. This is their sole motivation to succeed in their mission.