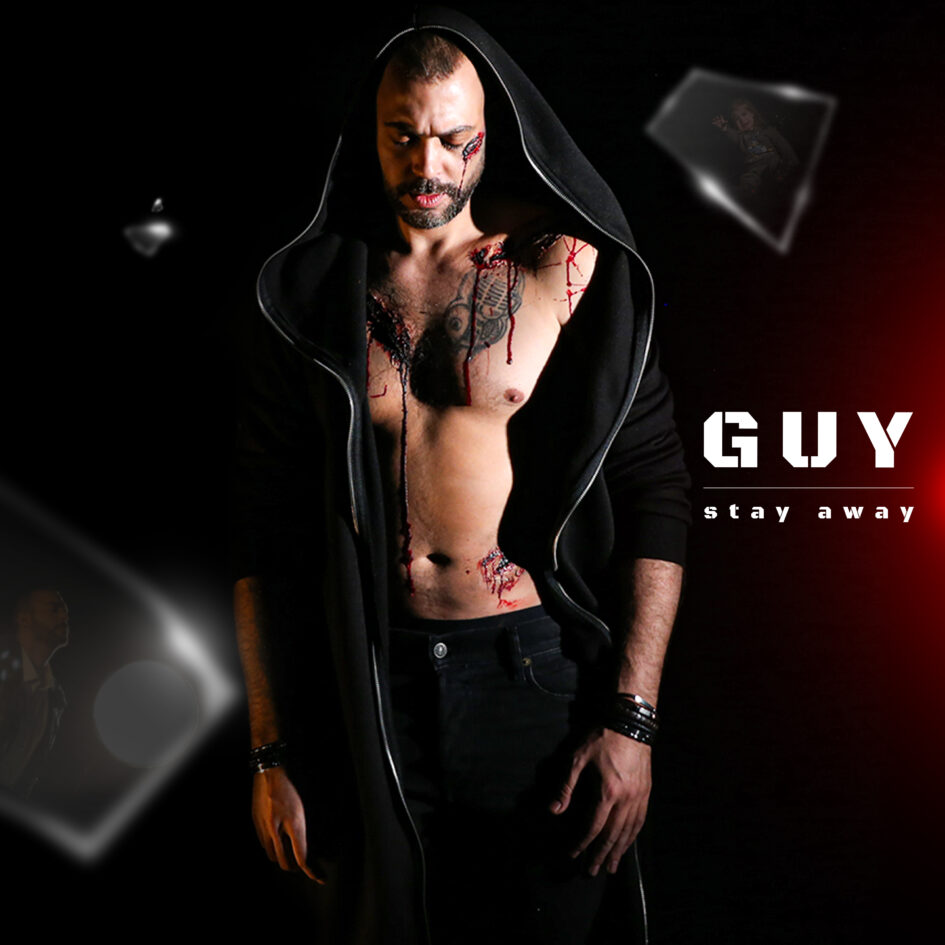 Last week, Guy released Stay Away, his second single and most daring theme to date. It was received with great enthusiasm by followers on his Spotify, Instagram and Youtube channels, and it is already making waves in iTunes.

Being a relatively new artist getting into the fray that is mainstream music, one would expect him to keep things simple while exploring his effective artistic and musical range. However, he seems to be willing to apply the same boldness he is known for in the digital marketing milieu, to his music. And the results are surprisingly good.

In the first few seconds, we can hear that a ton of energy was poured into this song´s mix. A bit reminiscent of some of Muse´s best hits, Stay Away heavy riffs let bass player Avi Ifrach slap his strings for a headbanging start. But don´t let the intro talk for the rest of the song.

While there is enough rock in this song to build an airplane, the melodic verses add diversity to an already complex theme. We can feel deep musical exploration of  different genre’s unfold one by one with each passing second.

The lyrics are obviously charged with conflicting feelings and express Guy’s anxiety as he battles against ghosts of his past. Yet reflects regret and willingness to turn the page and make amendments.

He worked closely with 4 very accomplished musicians to bring his songs to life. Nir Shaked (Guitar), Mor Uzan (Guitars), Denis Fortoos (Drums) all contribute to bringing Guy´s ideas into tape. And Avi Ifrach (Base) served to cement it all into a tightly produced package.

Stay Away will serve as the launchpad for Guy´s upcoming production giving followers a taste of his music, and a hint of what to expect from him in the next few months. We can also have an idea of what his shows will look like when the time for promotion begins. It is all really exciting to witness firsthand.

Guy Sheetrit is a former hacker who now leads a very successful international SEO company. He was always a musician at heart, contributing with other artists and never forgetting his roots.

He is no stranger to the public arena. Guy has been featured by Inc Magazine, Forbes, USA Today, Entrepreneur and others, and regularly offers marketing consultation services for international brands. But he always goes back to his music and personal project, showing a great commitment to keeping his dreams alive.

2020 promises to be a very productive year for Guy. He plans to get back into the studio and have a fully fledged album ready for his audience next year. I wonder how he gets the time to do it all!