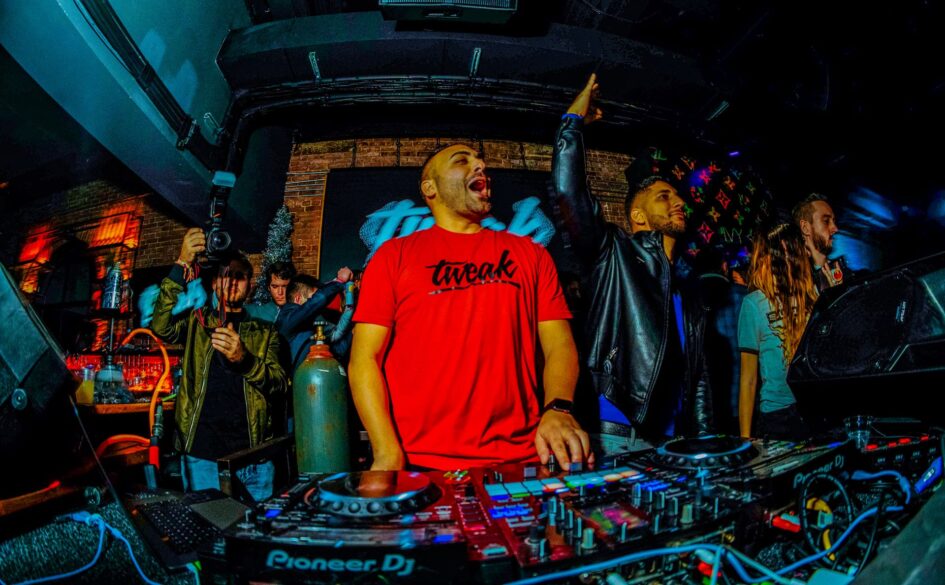 DJ Tweak, a Pittsburgh Native, dropped an insane hip hop set this past weekend at Foxtail in his hometown of Pittsburgh.  Tweak, best known for his multi-genre creative blends and his wordplay and toneplay custom edits had the place going crazy.

We had the chance to sit with him and ask him what is his favorite part was about being a dj?  He smiled and simply said: “Giving my fans a show and an experience they will never forget.”  And that is exactly what he did this past Friday Night.

Tweak blended a crazy hip hop set ranging from 90s and early 2000s all the way to the latest and greatest, and boy, we could not be more impressed.

Tweak is getting ready to start a 2022 North American Tour with stops in some of the hottest cities in the USA.  Those cities include Miami, Chicago, Las Vegas, Los Angeles, New York, Scottsdale, and many more on that list.

He will also be doing a March Mexico Tour in Cancun, Tulum, and Acapulco.

“Spring Break in Mexico is a second home to me in March”, Tweak Said.

Be sure to check out his Soundcloud profile so some custom edits and mixes.  You do not want to sleep on this guy, we promise you.

DJ Tweak, has been a DJ since 2006.  He is considered an Open Format DJ with the ability to blend many genres, however, he loves the art of hiphop, and house.  And most of the time, he likes to blend the two together labeling the art as a new Hip House genre.

You can check out his latest announced tour dates on his official website below and follow him on his social media accounts as he is very active especially on his favorite social media platform, Instagram.

When asked what his favorite part about his fans was, he replied: “When they reach out and show love, I love to meet and connect with new fans and I always respond”.

You can check out DJ Tweak’s website and social media presence at the links below: